One day, Boy Scout Clark Jividen from Woodville, Ohio, was speaking with a police officer who was visiting his school.

A week later, Clark received some heart-breaking news: the officer had been shot and killed.

Clark wanted to honor the man’s legacy, so he created a memorial at a local park. Thanks to Clark, the site now features a handmade bench and table, with paintings and inscriptions inspired by all the things that were important to the policeman: his wife, his children, his favorite song, his favorite sport, and so on.

“I wanted to do this to honor him and his family and to let the town know how appreciative we are of him,” Clark told a local newspaper. 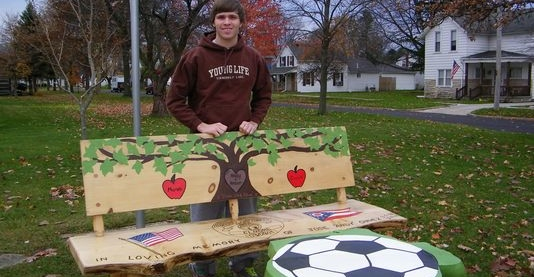