These six competitions go to the extreme in testing  human endurance, strength, courage and skill. They challenge competitors in punishing conditions and terrain, pushing racers to their limits — and beyond.

The Race Across America 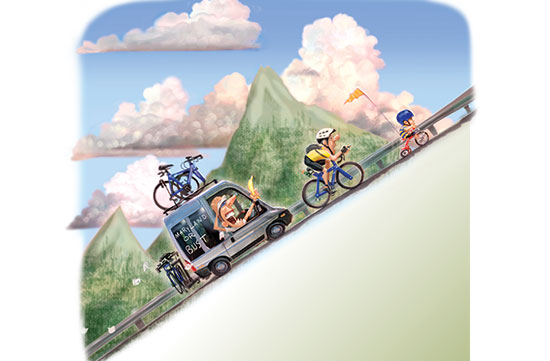 A true endurance event, Race Across America calls itself “the world’s toughest endurance bicycle race.” Cyclists race 3,000 miles cross-country, from California to Maryland. The course must be finished within 12 days. And once the timer starts, the clock doesn’t stop until the finish line is crossed.

Racers include both amateurs and professionals from around the globe. They can compete solo or in 2-, 4- and 8-person relay teams. Everyone, though, has a support crew to take care of logistics. This respected ultracycling event doesn’t award prize money. Instead, the race annually raises more than $2 million for a number of charities. 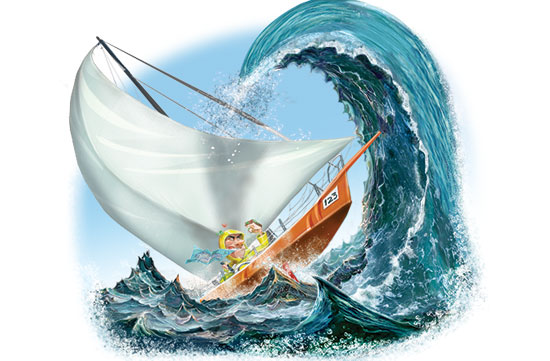 This is considered ocean racing at its best and most difficult. The course begins at the French port of Les Sables d’Olonne. From there, competitors sail their yachts solo, nonstop and without assistance, around the world.

The route itself is direct. Racers head down the Atlantic and around the Cape of Good Hope. From there they cross the Indian Ocean, past Cape Leeuwin, through the Pacific, around Cape Horn, and back to France. Dangers can exist at any point along the way: violent winds, huge waves and even icebergs. Many competitors are unable to finish the race. 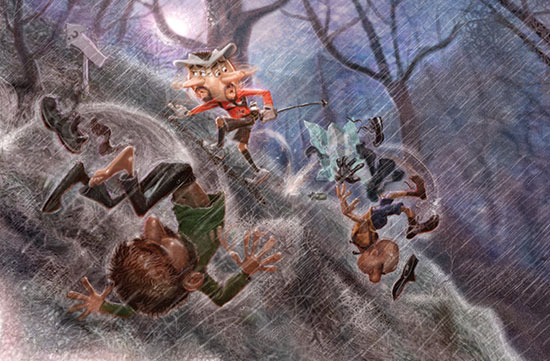 This might be the world’s toughest and strangest footrace. Set in Tennessee’s Frozen Head State Park, the 100-mile race has five 20-mile loops through thick brush. With a cumulative climb of more than 50,000 feet, runners are either heading straight up or down. Trails are barely marked (no GPS devices allowed), so runners sometimes get lost. The weather alternates between snow, cold, heat and fog. Plus, the 12-hour cutoff per loop means running pretty much all day and night.

Each year’s small group of runners includes elite ultra-marathoners. Even so, very few have ever completed the race. But that’s fine with ultra-marathoner Gary Cantrell, who created this punishing course. He says the Barkley isn’t set up for people to succeed but to truly test themselves and their limits. “The real joy,” Cantrell says, “is seeing people who find something in themselves that they didn’t know was there.” 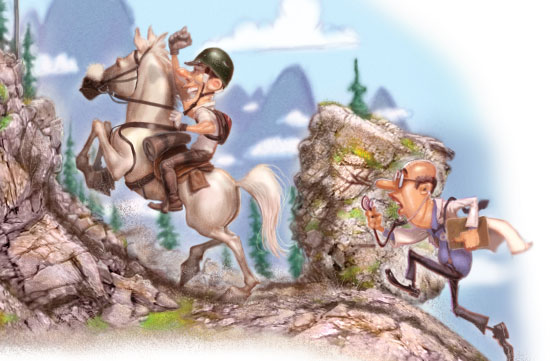 Also known as the Tevis Cup, this endurance horseback ride dates back to 1955. Riders have less than 24 hours to finish the course, a rugged 100-mile trail from Lake Tahoe to Auburn, California. For the horses’ safety, several rest stops and vet checks are required along the way. Riders come from around the world to compete. The winner of the Tevis Cup is the fastest finisher whose horse is declared “fit to continue” after the final vet check. Arabian horses seem to do the best, but mules have completed this rough-and-tough endurance ride, too! 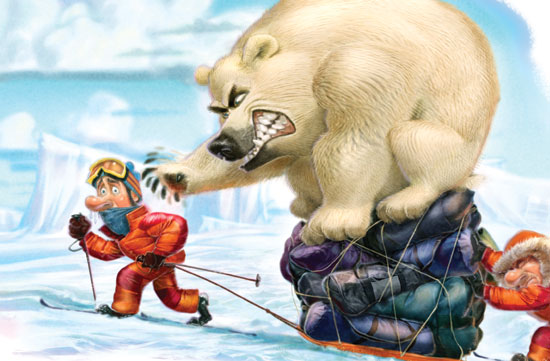 The Arctic: one of the world’s last remaining wildernesses and a cold place for a race. The Polar Challenge pits teams of two or three against one another as well as against the environment. Temps can dip to minus-31 degrees across the barren tundra and frozen sea ice. There’s danger of another kind too: the world’s largest land carnivore. Most of Earth’s polar bear population lives in the Arctic.

It can take racers several weeks to complete the 320-nautical mile course. The challenge begins in Resolute, Nunavut, Canada, and ends at the Magnetic North Pole. Competitors race on skis, pulling their own pulk (sled) with 100 or more pounds of gear. The 2010 Polar Challenge marked the first time all participants and teams successfully finished the entire race.

More about the Polar Challenge 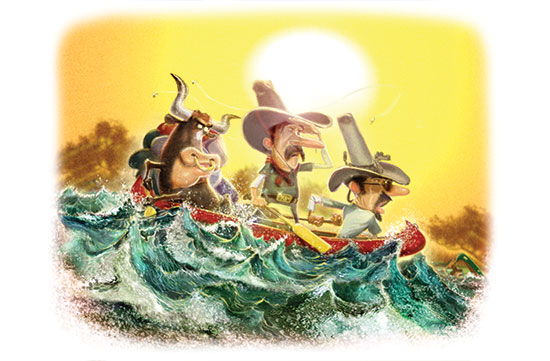 It’s called “the world’s toughest canoe race” for good reason. First, there’s the race length: 260 miles from the central Texas town of San Marcos to the village of Seadrift on the Gulf Coast. Racers, who must pack all their food and equipment, face whitewater rapids and multiple portages along the way.

Add in the time limit of four days and four hours to complete the course. Top it off with some summer heat, and it all adds up to a seriously challenging race.