To succeed at the various challenges you’ll face at a camporee, you have to know your outdoor skills and be able to work as a team.

The same applies to planning and hosting a camporee.

The Scouts from Troop 98 in Whitpain Township, Pennsylvania, spent a year brainstorming, organizing and hosting a Star Wars camporee for the other units in their district. Their idea was to put a Star Wars twist on a traditional Scout skills competition. 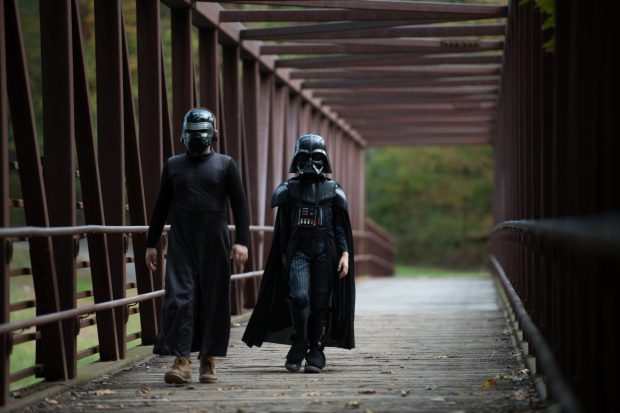 Instead of a regular physical fitness course, they put together a Jedi training course.

Instead of using pioneering skills to build an A-frame, they asked participants to build a device that could lift an X-wing out of a swamp.

Instead of just building a campfire, they let teams melt Han Solo from a frozen prison.

“If you just say, ‘We’re working on Scout skills’ to 12-year-olds, they go, ‘Oh … OK …, ’ ” says Adam Pieroni, a 16-year-old Troop 98 Scout who worked at the camporee. “But if you say, ‘We’re making an AT-ST smasher,’ they kind of forget that they’re learning Scout skills and they just go have fun.”

Three years before their Star Wars camporee, the members of Troop 98 hosted a camporee with a different theme. It was called World War II: Axis vs. Allies. Later, when the patrol leaders’ council was presented with the opportunity to host another camporee, they didn’t hesitate.

But first they needed a theme. Their ideas included James Bond, the magic of movies and the United States Secret Service (using Scout skills to protect the president), among others.

“We chose the Star Wars theme because they come out with a new movie pretty much every year now,” says Nathan Chang, 12. 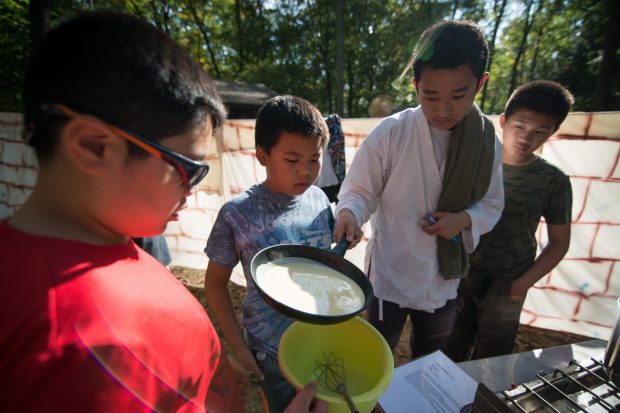 At their regularly scheduled troop meetings over the next few weeks, the guys talked it out. They wanted each station to test participants on a legitimate Scout skill that could be completed in a timely manner and achieved by most Scouts.

They began visiting the site of the camporee to see how the whole event could work in real life. How long would it take to walk from Point A to Point B? Is there enough room at Point C for the search-and-rescue station?

Then they went back to their meeting room and came up with more ideas.

“Each patrol was assigned an event,” says Seth Miller, 15. “Each patrol had to come up with ideas of what to do.”

At the Jedi training course, Scouts had to run through an obstacle course: climbing a wall, crawling through a tube and jumping over some logs. 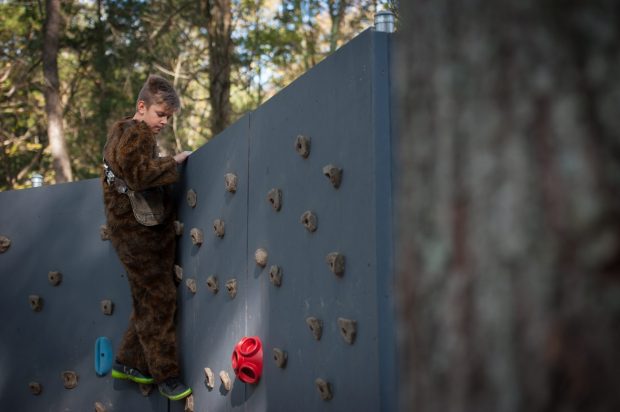 “The most challenging part was keeping things continuously moving,” 12-year-old Brendan Dow says. “We didn’t want to have multiple teams at the same station. We had to figure out where to start them so they didn’t get caught up with another group.”

“They used slingshots to shoot our tin-foil targets that had the spaceships on them,” says Rui, 11. “After they finished shooting at the targets, the Scouts got tennis-ball launchers, and they aimed for the hole that was on an 8-foot drawing of the Death Star.” 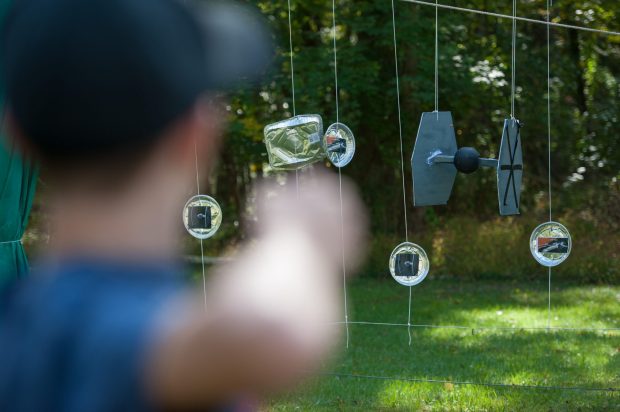 Troop 98 owns an electromagnet that the Scouts have built and modified at meetings throughout the years. They decided to let other troops play with their toy at the droid-building station, where Scouts had to pick up pieces of an R2 unit with the magnet and then assemble a robot by hand.

“They had to work as a team to navigate their way to get the different pieces, and they had to talk to each other to decide when to activate the magnet,” 12-year-old Andrew George says.

In the end, Scouts who participated in the Star Wars camporee learned how to use teamwork and apply Scout skills to solve Star Wars-related problems. What’s the best way to cook three meals at Jabba Joe’s Cafe? How do you navigate a BMX bike around the curves of the Jumpspeeder Challenge? 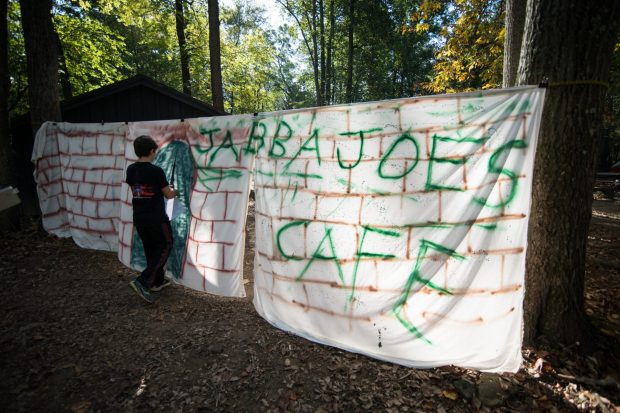 In the meantime, the Scouts of Troop 98 learned many of the same skills. How do you move 50 Scouts through the shooting sports range in a timely manner? How do you repair one of the X-wing supports when it breaks just hours before the camporee is supposed to begin?

“You put so much time into it,” Adam says. “You’re kind of worried the day before: Is it going to go well? Are people going to like it?

“But you own that event. And you realize you did a great job. It feels great.”

Check out more photos from this stellar camporee below!

3 Comments on Scouts Go Intergalactic for This Star Wars Camporee