Reagen Meador felt dehydrated, so the 17-year-old stopped while the rest of Troop 425 continued backpacking.

“It was mostly over-confidence. I should’ve been drinking even if I didn’t want to,” Reagen says. “I was only drinking when we took breaks.”

A couple of his friends and adult leaders stayed behind with him as he recovered. When he was ready, they took it slow and easy as they caught up to everyone else. The change of pace gave Reagen a chance to take in the scenery — and at Haleakala National Park on the Hawaiian island of Maui, there’s plenty to take in.

The small group passed caves carved out by lava, trails surrounded by black volcanic rock and unusual native plants called silverswords, which bloom only once during their lifespans of up to 90 years.

“There were dozens of them, and they were all blooming,” Reagen says. 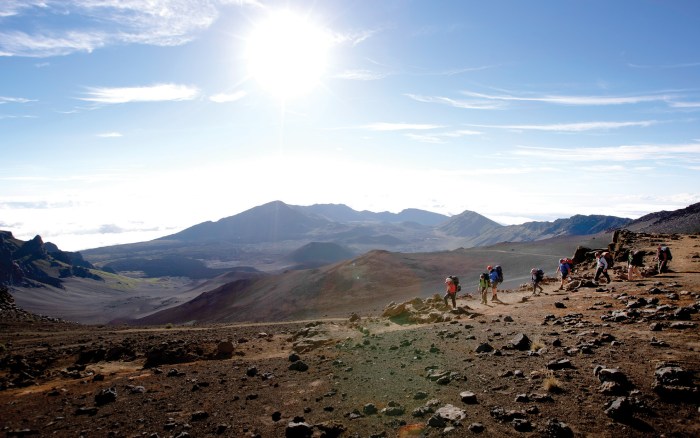 Venture to the volcano

The five-day hike across the park’s dormant volcano was a new adventure for Troop 425 of Kaneohe Bay, Hawaii, which is on the island of Oahu. Scouts went on monthly practice hikes to prepare for the trek, which some days demanded up to 2,000-foot changes in elevation.

After flying from Oahu to Maui and being shuttled to the park, they began their journey, first past lush tropical trees and grass. 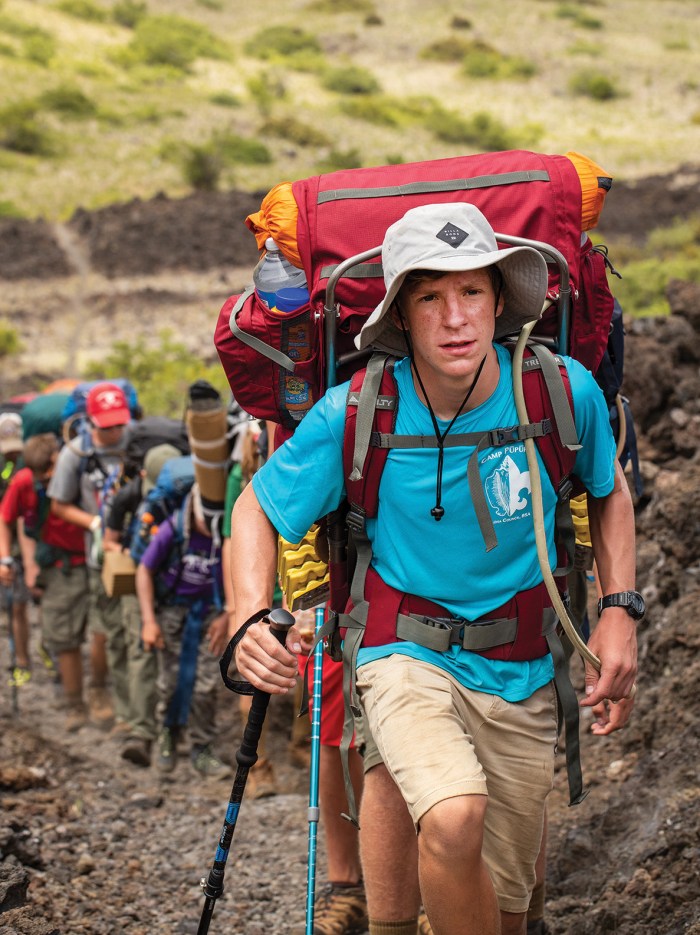 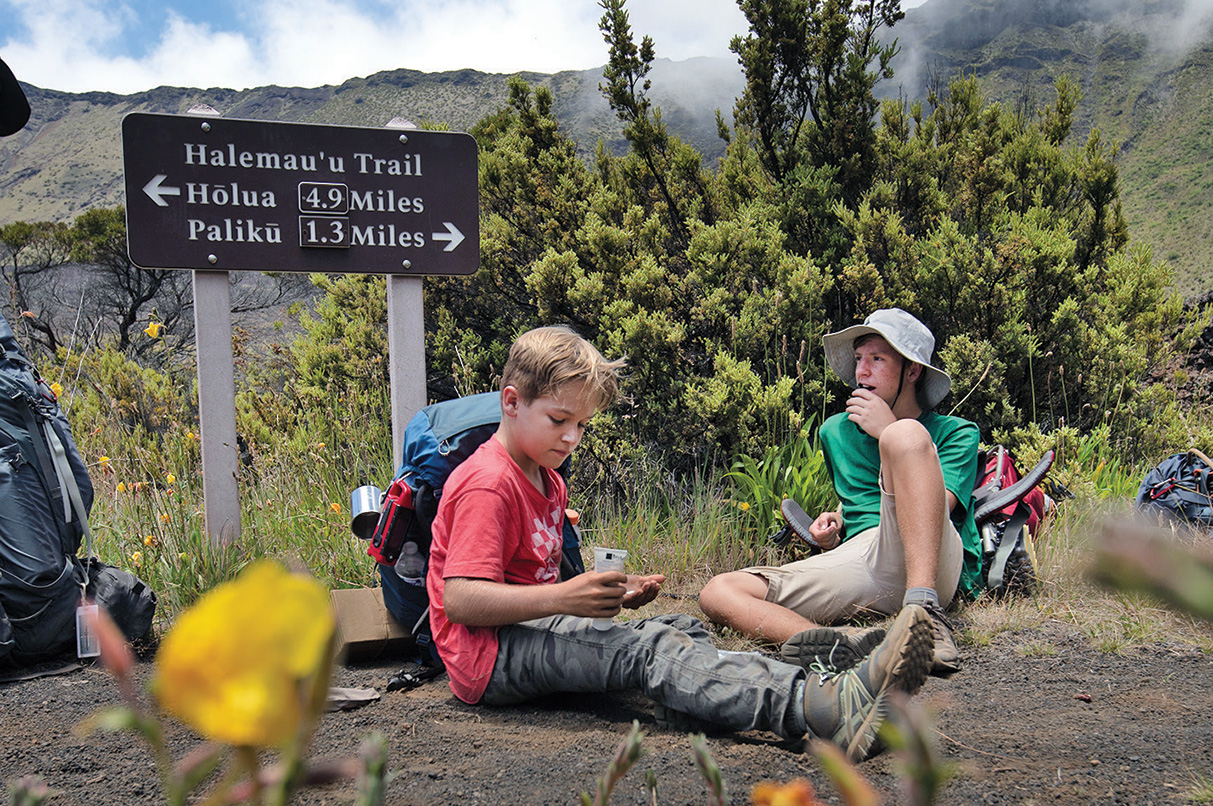 “The scenery was insane,” says Dillon Meador, 16. “As you kept going, the terrain changed from this green place to looking like another planet.”

The Scouts hiked through the mist, unable to see too far ahead, as the trail turned into reddish-black dirt. The green ferns by the path were replaced by rubbly volcanic rocks.

This wasteland wasn’t without beauty, though — especially atop the volcano’s 10,023-foot peak.

‘Edge of the world’

One of the trek’s highlights happened at 4:30 a.m. The Scouts had made their way above the clouds to the edge of the Haleakala crater. They were waiting for the sun to rise.

“It was cold, and then the sun came up out of nowhere,” Lochlan says. “It was really bright; you were eye to eye with it.”

Above the clouds’ dark shades of gray, the sun’s rays illuminated the sky above, revealing vibrant blues and oranges. The sunlight spread across the crater, casting deep shadows on the rocks — a spectacular sight.

“It looked like you were on the edge of the world,” says Patrick McGuire, 13.

Amazing views weren’t restricted to the daytime. With no light pollution in the park, countless stars filled the night sky.

Take it all in

While the park’s beautiful sights were more than enough to make this a memorable trip, Scouts will remember just as well the company spent on the trail. Hiking together in a small group gave them time to build friendships.

“This was the best campout I’ve been to since joining Scouts,” Patrick says. “We were all laughing and talking.”

After setting up camp, the friends enjoyed a game of cards or hide-and-seek. Downtime is important in any outdoor adventure; it allows you to relax and have a little fun. It also gave Troop 425 time to prepare for the next day of backpacking.

Each campsite had a water faucet available, but the water wasn’t filtered, so Scouts used gravity-fed water filtration systems to purify their water. If you don’t know the water is drinkable, treat it. The Scouts each packed several liters to have enough for drinking and cooking their freeze-dried meals. Garrett Rollins, 12, appreciated the ease of packing his meals, but didn’t care much for their taste. Still, the food gave him and the rest of the troop energy to finish their trek.

“The last day was all uphill,” says Quirin Rudolf, 12. “It was hard, because I was tired from the first few days.”

Before heading home, they fit in some time to swim off the coast and visit an aquarium, the Maui Ocean Center — a fun reward to top off their journey.

“In the end, a lot of people saw how great it was and want to do it again,” Dillon says.

Click on the icons below to download the free Boys’ Life app for iOS or Android and start reading now.