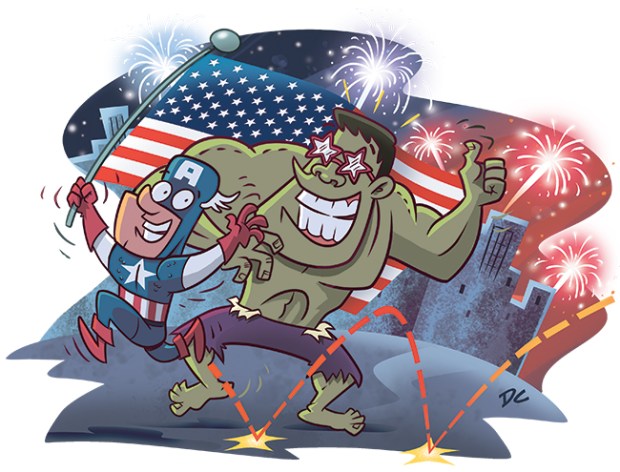 Justin: Why does the Statue of Liberty stand in New York Harbor?
Gerald: Why?
Justin: Because she can’t sit down.

Joke by Justin A., Oquawka, Ill.

Joke by Kent A., Lakewood, Ohio

Alex: Where did our first president keep his mice?
Will: Tell me.
Alex: Mount Vermin!

Joke by Joshua R., Birmingham, Ala.

Comic by Scott A. Masear

Johnny: Does Europe have a 4th of July?
Josh: No.
Johnny: Yes, it does. It comes right after the 3rd of July.

Joe: My brother swallowed a box of firecrackers.
Moe: Is he all right now?
Joe: I don’t know. I haven’t heard the last report. 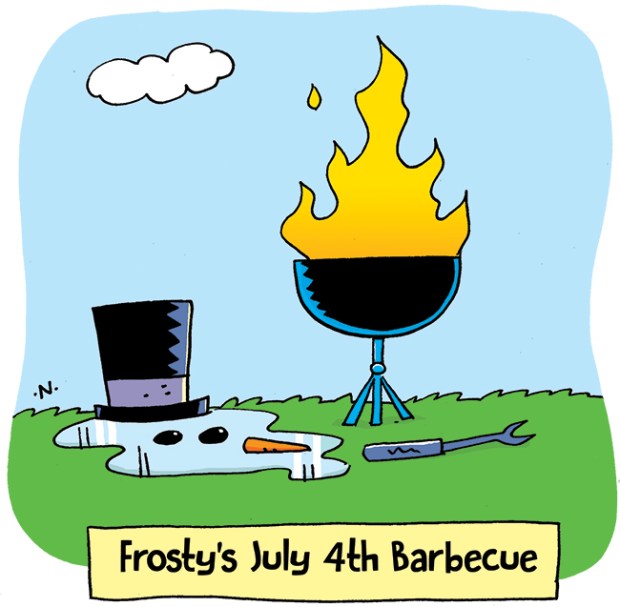 Teacher: What did George Washington say to his men before they crossed the Delaware?
Johnny: “Get in the boat, men!”

Harry: What do you call an American drawing?
John: What?
Harry: Yankee doodle! 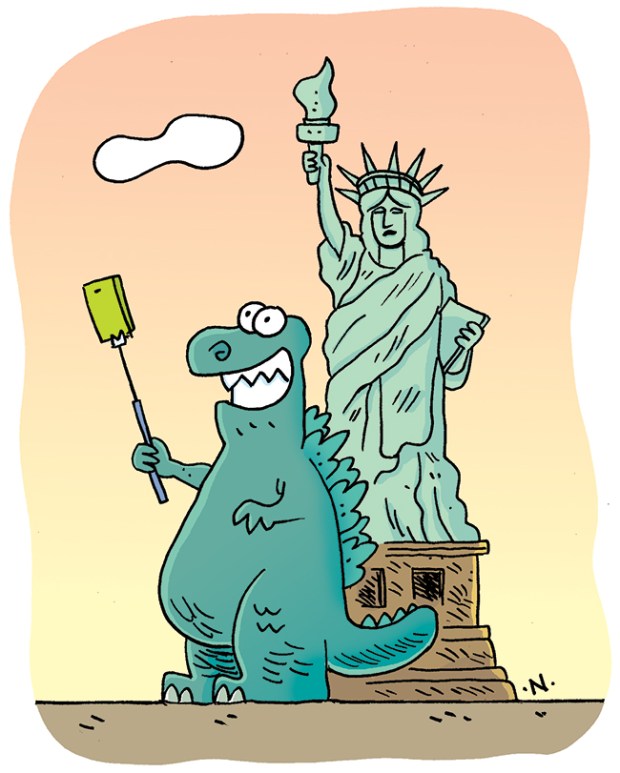 Teacher: More than 200 years ago, our forefathers defeated the British in the Revolutionary War.
Caleb: Wow! They must have been pretty strong, four men defeating a whole army!

Joke by Caleb B., Borfield, Ill.

Pedro: What was the patriots’ favorite food in the Revolutionary War?
Ordep: I don’t know. What?
Pedro: Chicken Catch-a-Tory!

Beth: What did one flag say to the other flag?
Eric: Nothing. It just waved! 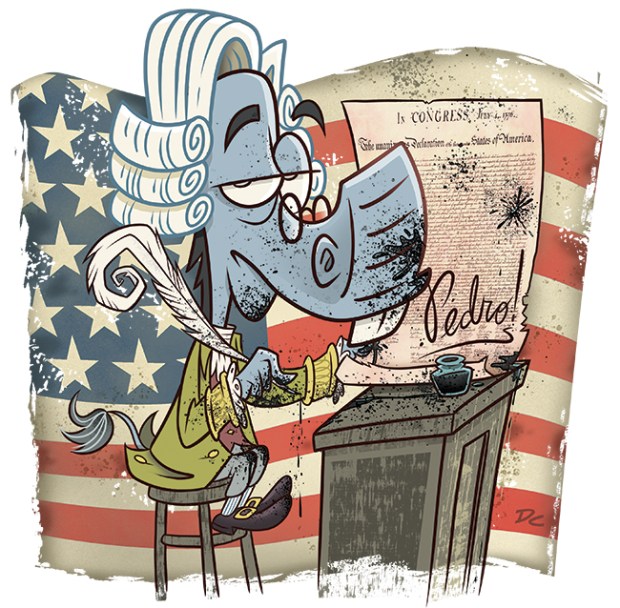 Teacher: Tommy, can you tell us where the Declaration of Independence was signed?
Tommy: Yes, ma’am. At the bottom.

A book never written: “The Parts of the National Anthem” by Homer D. Brave.

Joke by Micheal R., Brewton, Ala.

Teacher: Johnny, what are the last words of “The Star-Spangled Banner”?
Johnny: “Play ball”? 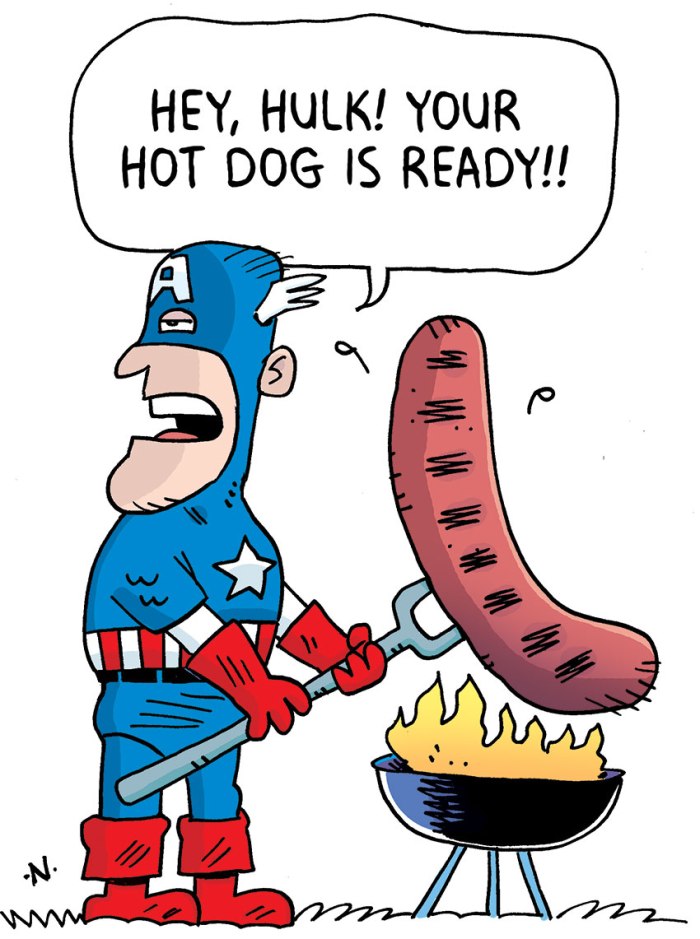 Robert: What did the colonists wear to the Boston Tea Party?
John: I don’t know.
Robert: Tea-shirts.

A book never written: “How to Become President” by Paul O’Ticks.

Patrick: What do you call our 16th president, waiting to turn left at a red light?
Hugh: I have no clue.
Patrick: Abe Blinkin.

8 Comments on Funny Fourth of July Jokes and Comics