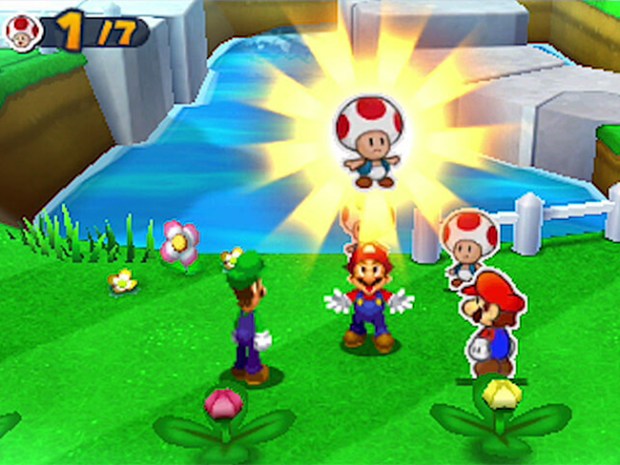 There’s nothing like a good Nintendo game. The best seem simple on the surface. But when you dig in, they’re quite challenging to finish. Here’s what makes Mario and Luigi: Paper Jam a lot of fun.

1. Humorous Beginning
You start your journey in creepy dark storage room filled with spider webs. A scary, buck-toothed mouse scares Luigi. Mario’s brothershakes so much during animations, I had two feelings. I laughed at his fright, but I also pitied for the poor guy, too.

2. The Mysterious Magic Book
A freaked-out Luigi knocks down a magic book from a shelf. When it lands on the floor, hundreds of flat, 2-D characters fly out of the book and into the real world. This rare book holds a parallel world within its pages.

3. A Deep Role Playing Game
As Mario and Luigi try to find numerous characters to put back into the book, you’ll find yourself immersed in a truly epic game. Characters constantly level up and you battle a 2-D Bowser and 3-D Bowser who conspire to take over the Mushroom Kingdom. Thankfully, there’s a digital book that shows you how to play. But you have to button-press toomuch to find the right information. Still, it’s helpful.

4. The Wild Battles
Battling here is turn-based. You choose what power-ups you want to use before the battle. Mario attacks, say, a Goomba with a hammer. The Goomba strikes back. Then Luigi gets a chance to attack. While this can getrepetitive, the variety of weapons keeps it from being boring. So does the addition of your amiibo. Tip: Jump out of the way during an enemy attack.

5. It’s All In The Cards
Well, some of it is. At the bottom of the screen is a card deck. You can use a battle card to get a small advantage as you attack. A card won’t eliminate an enemy. But it will help.

6. Find The Toads
You have to collect so many Toads! At first, it’s challenging and fun (the last toad in the castle lobby is found to be hiding in someone’s shadow). Later in the game, it becomes a bit tedious.

7. Many Paper Marios
One of the coolest battling heroes is Paper Mario. You can create six mirror images of everyone’s favorite plumber to assist in felling an enemy. Each one will take on a baddie.

8. Giant Papercraft Battles
They’re wonders of animation. You perch atop a moving statue of Peach or Mario. A dozen or so musical toads make up the wheels that move you forward. These minigames are kind of like action-filled demolition derbies. It’s crash, crash, crash all the time.

2 Comments on The 8 Best Things About Mario & Luigi: Paper Jam