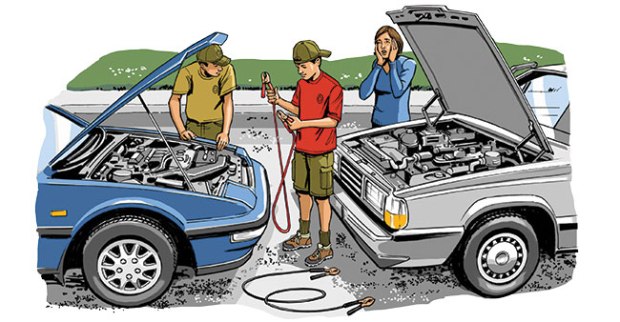 You walk out to the parking lot after school and realize you left your car’s headlights on all day. Now the battery is dead. Luckily, a nearby friend is willing to use his car to jump-start your car. Here’s how to do it. 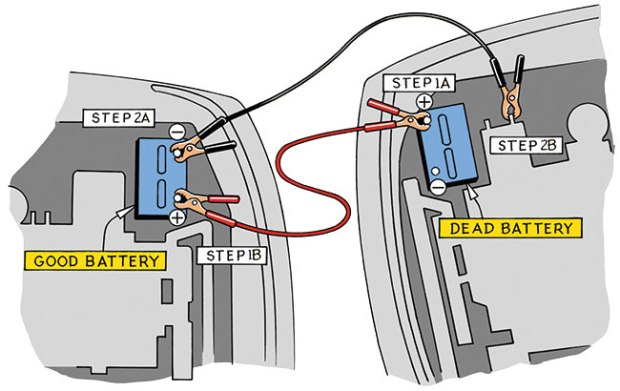 2. Clamp one end of the black cable to the negative terminal of the good battery. Clamp the other end of that same cable to an unpainted metal surface of the dead engine, such as a bolt or bracket. Use a surface as far away from the battery as possible.

3. Start the car with the good battery and allow it to run for a few minutes. 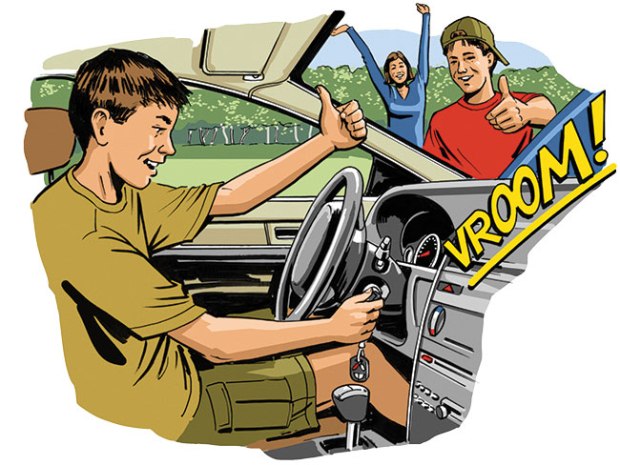 4. Start the car with the dead battery and let both cars run while connected for a few more minutes.

5. Remove the cables in the reverse order in which they were connected. Don’t let them touch each other or any other surfaces.

2 Comments on How to Jump Start a Dead Battery