This fall, it’s Star Wars everything! Sure, The Force Awakens movie is getting most of the hype, but Disney Infinity 3.0 deserves plenty, too.

Here’s why: Adding Star Wars into the mix makes this is the most epic Disney Infinity game yet. There are seemingly endless things to do, especially when you look into the Toy Box mode, which allows you to build your own stuff a lot like how Minecraft does. 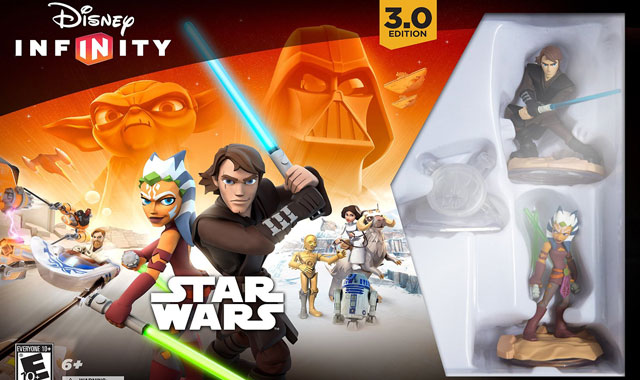 Once you start the game, the Star Wars action comes fast and furious. You’re off to new worlds like a space jockey in an intergalactic horse race. You’re attacking, running, climbing up mountains and towers, solving puzzles, attacking droids, and listening to commands. It’s really fast.

But it’s never too fast for you to handle. In fact, the game seems to know what yourlimits are. That’s the sign of a well-balanced game. It’s tough, but it’s not too tough. When you battle General Grievous, your first big boss, you find he sprouts four hands, each wielding lightsabers. He spins at you. He targets you from above. And when he’s almost defeated, he tries to burn you with a ring of fire. But just when you think the action is too much to take, and your health is dangerously low, you’ve won the mission.

Wait,though. At the end, check the details that pop up and I’ll bet you’ll find more missions in that level. And there are challenges, too. You might be asked to finish the level with another character or on extreme difficulty. All this adds to replay value, which is high in this game. And once you get into space, you’ll find mysterious space stations and unknown planets to explore.

Your character can be upgraded on various skill trees by using the points you get for leveling up. Indulge in Feats like taking out 100 Battle Droids as Ashoka (easy) or completing all the missions with a gold rating to get Jedi Master (much harder!). Hunt 100 bat-like Mynocks to get a cool prize or collect Star Wars Champion Coins to allow your characters to join new adventures in, say, Tatooine or Naboo.

All this gameplay doesn’t come at the expense of story, either. A mystery unfolds in the cut scenes, which include heroes like Yoda and Obi-Wan. And the music gets you going, too. Sometimes, it’s ominous, almost scary. At other times, its Force-like power gives you the energy to move forward and try to win.

One negative: Money. Although the price is $10 lower this year, Disney only gives you two action figures, not three, as they have in the past. To get more ofyour favorite characters, it will be costly. Plus, you’ll have to spend more to buy new playsets, like the Rise Against The Empire and The Force Awakens sets that come out later this year. If you want the full Star Wars experience, it almost seems like too much money to spend. 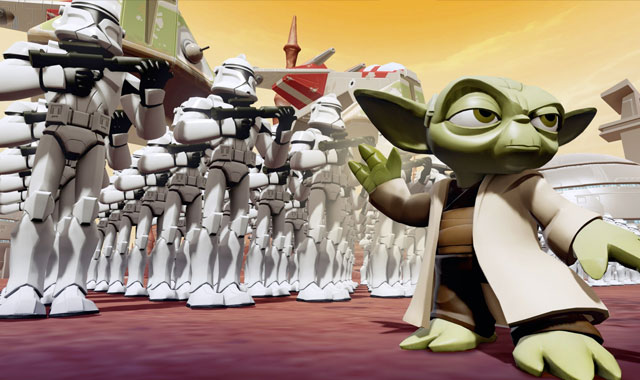 Still, there’s a lot of great gameplay in the initial Twilight of the Republic playset. Disney put its very best effort into this game, which is much better than last year’s Marvel offering. Without any doubt, it’s the first game you should add to your collection this season.