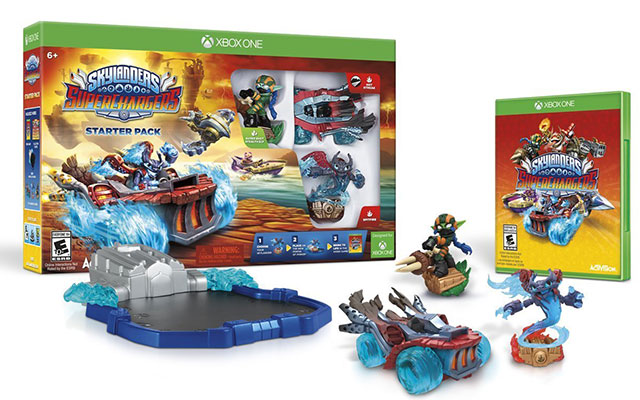 Are you ready for the new Skylanders? Skylanders: SuperChargers is Skylanders with high-powered racing vehicles. Not only do you get to save the world, you get to do it kind of like you do in Mario Kart.

This racing addition is a needed, unique riff on a series that’s beginning to feel a little repetitive. These sleek new cars can go on land, sky and sea, adding speed and excitement to the fifth edition of the franchise.

At first, the vehicles are a little tough to handle both in the story portion and in special races. That’s especially true if you’re playing on Nightmare, the most difficult mode. But as you level up and add power ups, they not only become easier to use. They become far more magical. Once you’re completely powered up, they’re not just cars. They seem like another heroicSkylander you can employ in the war against evil. 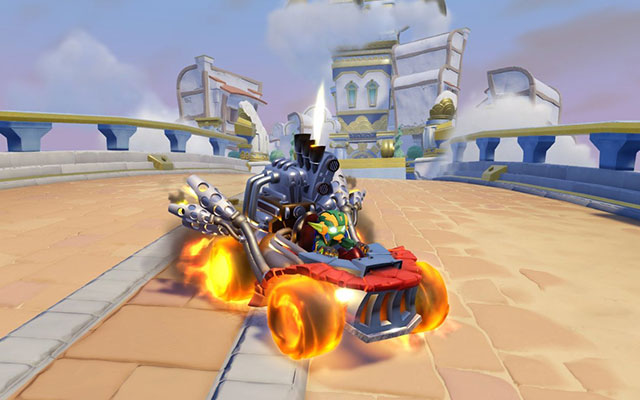 As fast and wondrous as the vehicles are, the thing that makes Skylanders slow down to a crawl is the villainous Kaos. He’s made out to be the big, awful, disgusting villain in every edition. I used to be annoyed by him. That feeling was necessary for you and me to complete games and save the world.

Not, I’m getting bored by Kaos. He wants to destroy Skylands. Actually, that’s really all he wants. He’s become one-dimensional in every game. By adding online racing that has little to do with the main story with Kaos, the gamemakers must realize that Kaos as a villain has become played out. 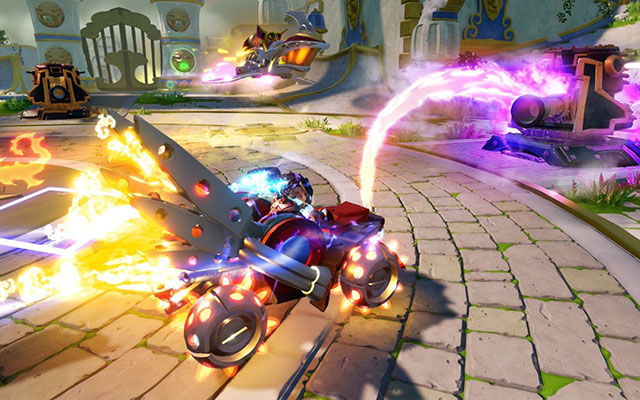 If you’ve been a loyal Skylanders fan, yes, you have enjoyed intriguing gameplay every year. But you have rarely been rewarded with something you deserve: a thoughtful story. I’m really hoping for a new villain next year. Yes, I can deal with another Skylanders with Kaos as the main baddie. But I’d prefer not to. Skylanders is supposed to be a forward-thinking series with great, new stuff every year. Many of the vehicles are great andnew. Online play with four players is great and new. Kaos? He’s just the same old, same old.