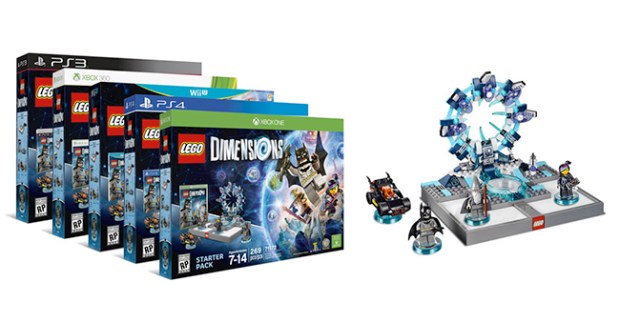 Lego Dimensions is a crazy cornucopia of pop culture characters from TV, movie and games. The Simpsons. Batman. The Wizard of Oz. Back to the Future. Portal — they’re all here. 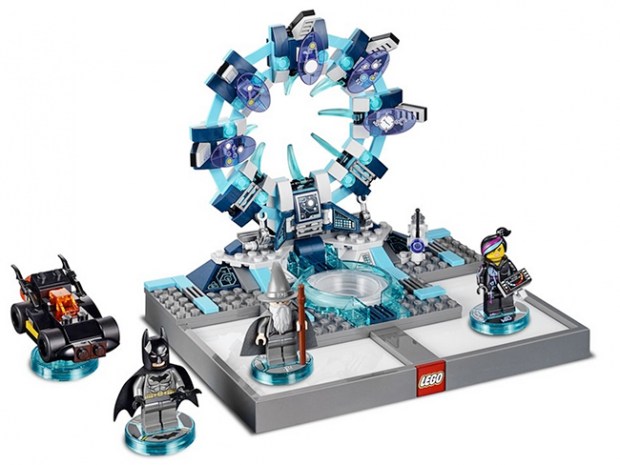 Dimensions can be good, sometimes very good, but there are some issues, too. Dimensions asks you to build your Lego figure toys and cars. That’s fun and quick. But it also asks you to build this 100-plus piece portal. It’s a lot of work, hours of it, when all you really want to do is dive into the game. So, the building of what was supposed to be a cool object fights against the fun of getting into the game experience. Here’s a tip: skip the portal. You actually don’t need it to play the game. It’s pretty, but it’s window dressing. 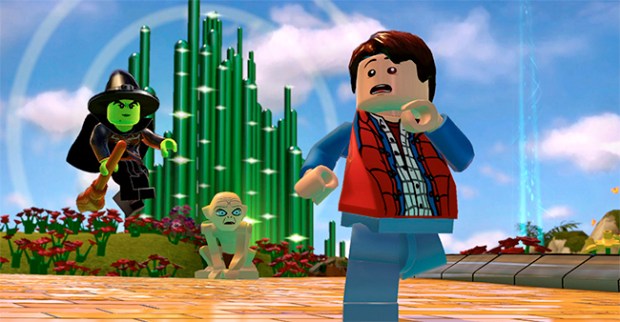 The first level, featuring The Wizard of Oz characters, is completely awesome. Batman, Gandolf and Wyldstyle, your main characters, use the Batmobile to get to the famous Yellow Brick Road. But the level is too short. That’s especially true if you just follow the story and don’t use the Batmobile to collect studs on the field of flowers next to the road. Battling the Wicked Witch and her winged monkey minions is exciting. You even have to use the toy pad base, which becomes a glowing light puzzle. You use it to release yourself from the clutches of the Wicked Witch. It’s simple and ingenious, but just as you really get into the groove of the level, it’s already over. 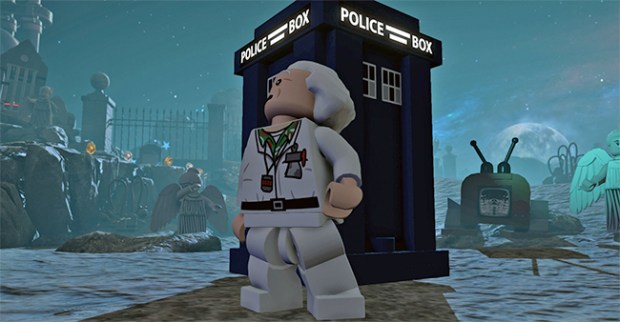 Yes, you can expand your time in Oz. You have to purchase more figures to allow access to other areas in the fabled land. Or, to spend time in Back to The Future, you pay an extra $30 for a pack with one more level. Although Skylanders and Disney Infinity do this kind of thing, for a game that already costs $100, that’s a lot of extra money to spend. If they keep gouging players for more cash, I feel that companies are going to drive the entire toys-to-life genre into the ground. 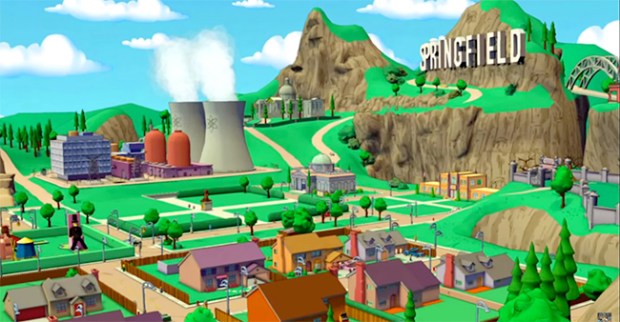 Next, you find yourself in Springfield, the land of The Simpsons. Here, the puzzles begin to get harder. You’ll meet Mr. Burns and even The Joker and Lord Business in this level. It’s wonderfully odd to see characters from The Simpsons, Batman and The Lego Movie all together. And you’re not the only one who thinks it’s a little nuts. Homer Simpson thinks it’s weird that Scooby-Doo can talk. But it’s interesting, too, as if all the worlds of entertainment have become one.

Overall, putting the world’s greatest characters in one game is a bold, fascinating experiment that yields some good gameplay and some below average gameplay. The humor and puns are what saves it. But since the game and add-on packs cost so much, you might want to wait for a sale to get them.