Ratchet & Clank are two of the most beloved characters in the world of games. Here’s why their first game for the PS4 is one of the year’s best family-friendly games. 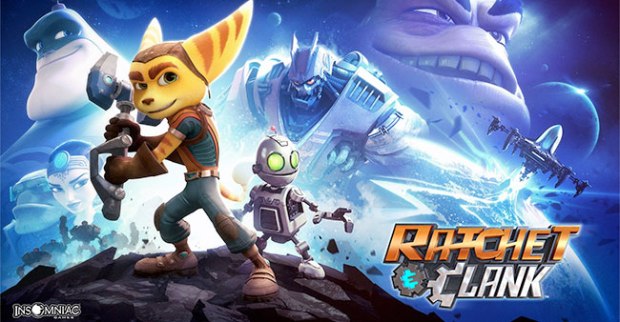 Ratchet & Clank are buddies to the end. The Lombax and the robot don’t have the same personalities, but that’s probably what bonds them. They work together as a team to get things done. Clank always guides Ratchet, who’s often too excitable. And Ratchet will do anything to save Clank if he’s in a pickle. Together, they save the world. 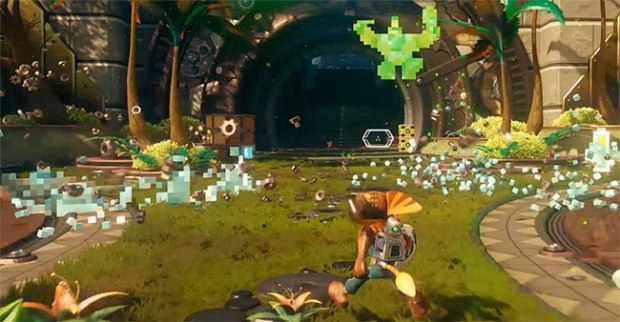 Something new for your arsenal is The Pixelizer. It transforms your enemies into hundreds of colorful tiny squares. The Groovitron returns, turning the most evil of enemies into disco dancing fools. So does the Visicopter, a radio-controlled weaponthat lets you fire rockets without getting into harms way. And the Proton Drum sends out a an orb with devastating pink energy that severely shocks your foes. 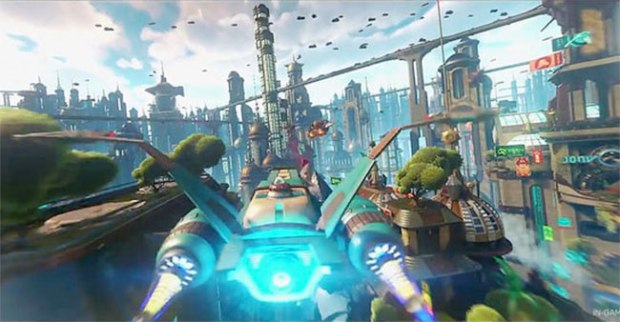 It’s awesome. There’s so much going on in the backgrounds of the city! Take some time to check it out. There are glorious high tech buildings and high-flying modes of transportation like Mag Trains and Air Cars. They all criss-cross the landscape in a crazy cross-section of technology and humanity. It’s like New York City at rush hour — in the future. 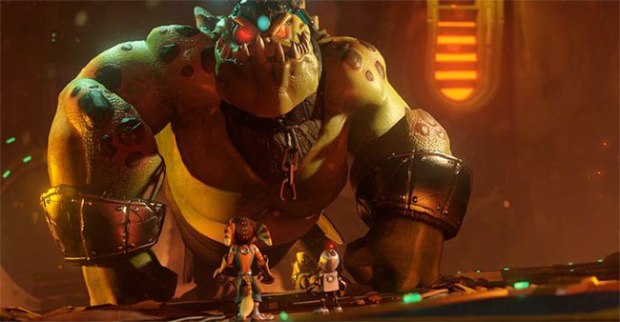 Check out the Blargarian Snagglebeast. He’s kind of like an uglier, froggier Bowser with fiery eyes. As you fight, parts of the floor turns to molten lava. Many little Snagglebeasts are spawned. Then, the big guy starts spewing long lines of hot flame in a circle. Get out of the way! Use the Pyrocitor to fight fire with fire.

If you like puns, there are tons. The comedy here is goofy. Sometimes, you roll your eyes. But it’s funny overall and it somehow makes the story and the game flow easily.

Starting April 29, you’ll get to see the Ratchet & Clank animated movie in theaters. A lot of this game is based on that movie. So you’ll meet characters like Galactic Ranger Captain Qwark, who’s kind of like Buzz Lightyear. He has a humongous ego but a good heart. Some of the scenes in the movie are in the game. So playing is a fine way of getting ready for the film.