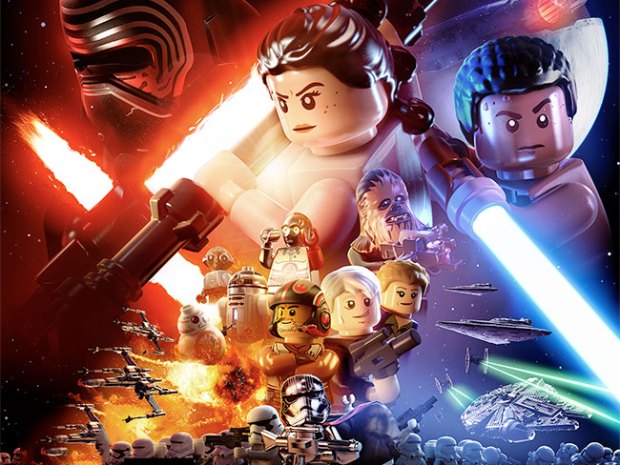 The long-awaited Lego Star Wars: The Force Awakens just hit store shelves. Here are some of the most excellent moments in a game that’s very good, but actually needs even more humor than you get.

You’ll control the cute, round one to play short soccer and basketball games — all in the midst of an awesome firefight. (He has other uses, too, including puzzle-solving.)

The evil Darth Vader gets emotional and weeps when Luke Skywalker presents him with a stick figure drawing he did of his dad as a child.

There’s so much firepower in the game, there are times you see blasting and explosions everywhere. It’s just part of the nature of this epic space opera done the Lego way.

Remember those creepy, fast monsters inside the Millennium Falcon? When you play the game, you’ll find out how Han and Chewbacca captured the tentacled monsters with their razor sharp mouths. In fact, you’ll round them up yourself.

There’s a touching story about how and why C3PO got his red arm. It’s an homage to a certain character, and you’ll find out all about it. While I don’t want to spoil the moment, you can see C3PO’s red arm in this trailer about the new gameplay features in Lego Star Wars: The Force Awakens.

Early in the game, you’ll be unable to push a bunch of logs onto an evil Walker. You need help. So you can recruit a gang of Ewoks to help you move that pile of lumber. It’s fun to see them work together. (You’ll also hear Ewoks play horns on a tree limb.)

As Han Solo, legendary actor Harrison Ford recorded new lines especially for the game (the whole cast did). But perhaps his best line is when he asks for “Wookiee cookies for Chewie.” It’s pretty hilarious. Listen for it at the :10 second mark.