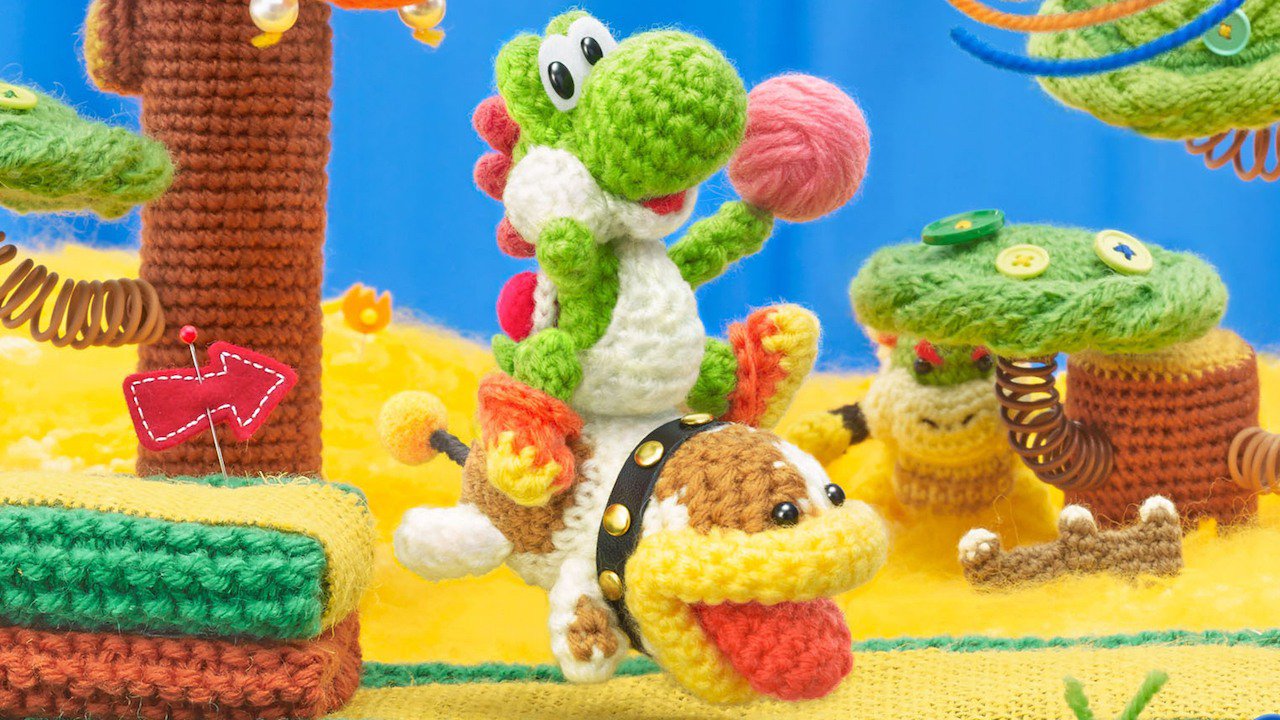 Poochy & Yoshi’s Woolly World hit stores last week. Sound familiar? That’s because it’s a repackaging of 2015’s Yoshi’s Woolly World. Thankfully a lot’s changed since the original. In fact, you get to go deeper with Poochy that you ever have before.

Poochy’s a spunky dog character who’s appeared in a lot of the Yoshi games. In fact, the two go way back. His wide open, smiling mouth not only tells you he’s friendly. He’s excitable, too, in a tail-wagging fun way. From the side, he kind of looks like Pac-Man in dog form.

Is there a Yarn Poochy Amiibo?

Yes, the package costs an extra $10. So, it’s $49.99 total. I didn’t get one from Nintendo in time for deadline. So I can’t tell you what Poochy does when you link him to the 3DS. But you can expect the same sort of quality you get from other Amiibos.

What are Poochy Pups?

Turn them on via the bottom screen in Mellow Mode. They’ll help you find secrets and uncover mysteries. They’ll also help you speed through Poochy Dash stages. Finally, they help you move through the full game more easily, kind of acting as your co-op pal.

What else can you expect?

In Yoshi’s Theater, there are 30 short, animated, 3-D movies that feature Yoshi and Poochy. You unlock one each day. These joyful animations will touch your heart and make you smile, like a good Disney movie.

Should you get this game if you already played Yoshi’s Woolly World?

That’s not exactly easy to answer. If you like the addition of panting, humorous dogs that fall over themselves to have fun, you’ll probably want to play this revamped version. In fact, Poochy is so likable, he deserves his own game down the line.

But if you feel you want to save your money for the Nintendo Switch and/or the new Legend of Zelda, that’s probably the best idea. Even though Poochy and the pups are cool, this is still a Yoshi game that was originally released over a year and a half ago for Wii U. In fact, if you’ve never played it, you can get the Wii U original with a Yoshi Amiibo for $39.99, the same price as this game without the Poochy Amiibo.