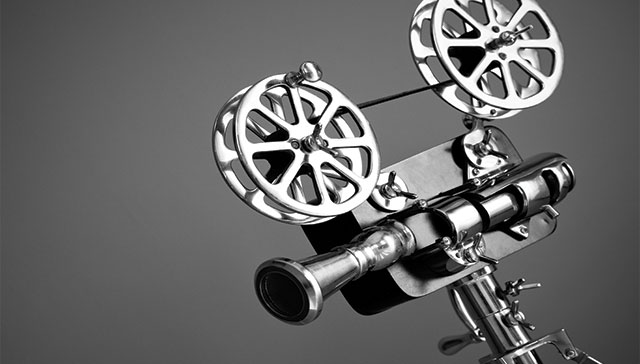 Ken Burns knows a little something about making movies. His famous documentaries, including “The Civil War” and “Baseball,” have won many awards over the years.

BL sat down with Burns, a former Scout, and asked for his best advice on making movies.

“Filmmaking is difficult but unbelievably rewarding,” he says. “It involves a lot of details that require a lot of patience. If you remember some of these basic tips, you can’t go wrong.”

TELL A STORY. The most important thing is to know what you want to do in your video. What’s the story you want to tell? You’re going to be leaving something that is going to last a long time. Take advantage of this opportunity. Say you have a grandfather who was in World War II. Talk to him and get his story. You can record any great experiences like this. Long after the subjects are gone, you have a record — and this becomes our new family albums.

LIGHTING. Today’s video cameras respond in very low lighting situations, which is good, but this can lull a filmmaker to “sleep.” And quite often it’s important to have better lighting on your subject.

Shoot practice footage first and see what it looks like. You might be shooting somebody in a living room and it’s a little murky, but it looks O.K. in the viewfinder. Then when you review the video, it doesn’t look good. Consider positioning your subject next to a window where there’s more light, turn on a light in the room or in a particularly dark situation, add your own light to make it more beautiful.

THE LOOK. Do you want a handheld or steady look to your video? The handheld approach gives you some intimacy, but it also has problems: The audience can get a little dizzy. If you choose to go this way, concentrate on being as steady as possible.

For a steadier look, put the camera on a tripod and don’t move it around too much or too quickly. Constantly moving the tripod doesn’t work very well unless you have a fluid head — an expensive piece of equipment that attaches to the top of the tripod and lets the camera move in a fluid motion while panning or tilting.

You can always change the shot and move to a different angle. Follow the action but don’t do wild, unnecessary movements. That’s what makes a video look like just home-movie stuff.

SOUND. Always be aware of the sound around you. Our ears tend to filter out that noisy refrigerator, the traffic outside, the TV or radio in the next room, other chatter. With film, these sounds get in the way. Remember that the microphone on the camera doesn’t filter out sound as our ears do.

FRAMING. Figure out how to frame things well in each shot so that they’re pleasing to the eye and also help tell your story. Once again, take advantage of the instantaneous feedback of video to see if your techniques are working.

EDIT. Whether you use a PC or Mac, there is a lot of easy-to-understand home video-editing software to help you shape your film into a coherent story. You don’t have to assume that whatever you shot is whatever you get. You have the ability to edit.

NO RULES. There really are no rules in filmmaking. Even the jerkiest, murkiest, loud and noisy films can sometimes be unbelievably effective. But that’s because the filmmaker wanted them that way. If you don’t want them that way, do everything you can to prevent it.

It’s important in any art form for people to experiment. There’s going to be that one person who figures out how to break all the rules and make a masterpiece. At the same time, you have to know what you want to do and how you’re going to do it. And if you can get there by breaking some of the rules, that’s great.

Don’t be afraid to make mistakes, and good luck.