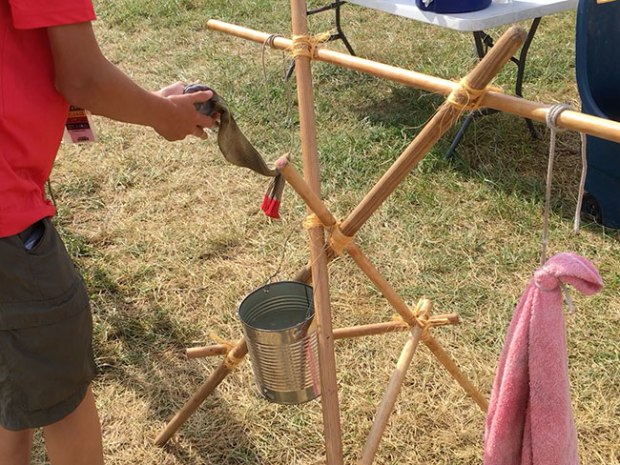 This wash station is sturdy, portable and very useful when camping away from washroom facilities. Here’s how to build it.

Click here for more detailed directions and information about the lashings required.

FOR THE LASHINGS, YOU’LL NEED: 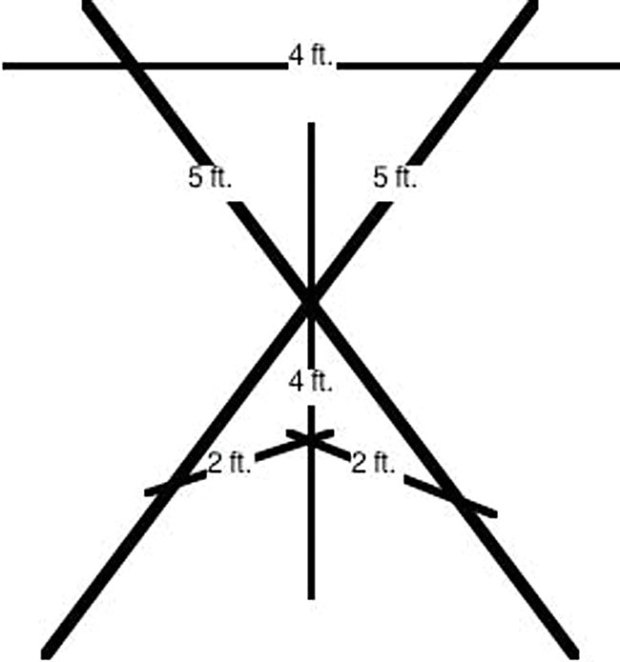 1. Using the 10′ rope, lash together the two 5′ sticks and one 4′ stick with a tight tripod lashing. The 4′ stick should be in the middle. Make sure the “butt” ends of all three of these sticks are even. Separate the legs and set up the tripod. The success of this project relies on a well-tied tight tripod lashing.

3. Lash on the crossbar. Using two more square lashings, tightly lash the other 4′ stick to the top extended sections of the two 5′ sticks to make a crossbar for the towel and soap-in-a-sock.

5. Hang the can filled with water to the end of the 4′ stick extending from the front of the tripod.

HOW TO USE IT

During the camping trip, change the water as necessary. See that the soap-in-a-sock is not left in the can after use, since it will melt. One of the beauties of using metal containers is that in cold weather, the can of water can be heated in the fire.

2 Comments on How to Build a Hand Wash Station