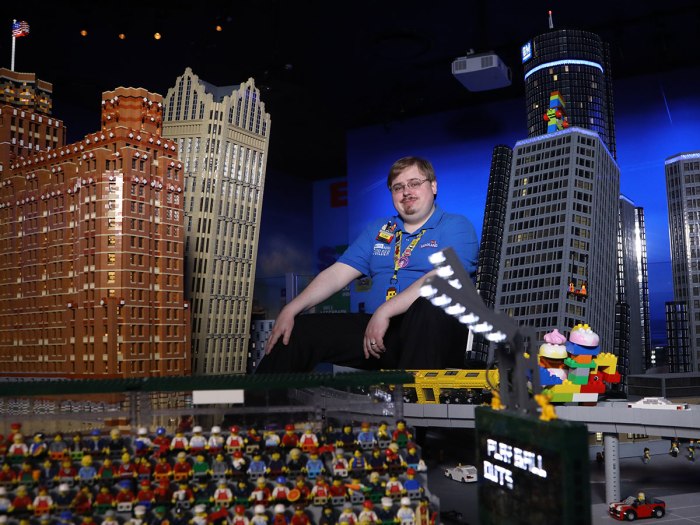 Clint Parry gets paid to play with Lego bricks. As the master model builder for Legoland Discovery Center Michigan, Parry works in an office filled with 250,000 Lego bricks sorted by size and color.

He does most of his building in front of a crowd. When Parry created a Lego version of the city of Detroit, thousands of Legoland visitors each day eyed his every move. 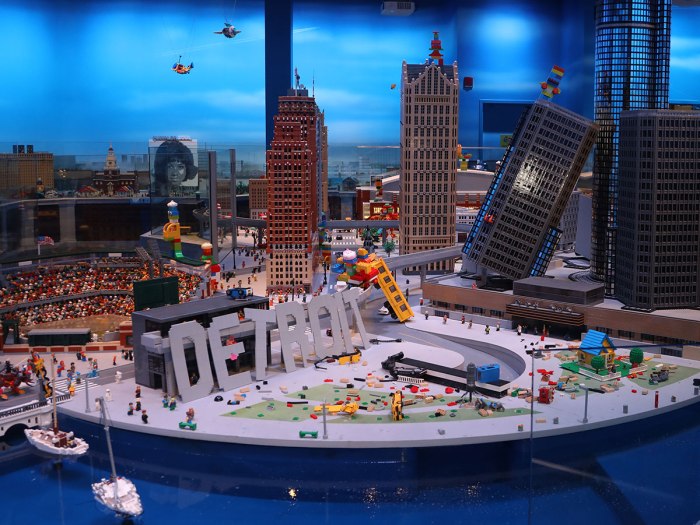 Parry, an Eagle Scout, says he regularly draws on skills he learned in Scouting. He points to merit badges such as Sculpture, Model Design and Building, and Engineering.

“Any badge that gets you thinking about how objects look or work in three-dimensional space can be helpful,” he says. “When I build a Lego trestle bridge or tower for a crane, it takes me back to summer camp and Pioneering merit badge.”

If you’re building a car or spaceship or animal, using the right colors makes your design look more professional.

“But remember, work with what you have and get creative,” Parry says. “Don’t let a limited number of pieces hold you back.”

Remember, too, that the outer layer is all people will see. Let’s say you’re building a polar bear but don’t have a giant bin of white bricks. Make the inside any color you want and cover only the outside in white. 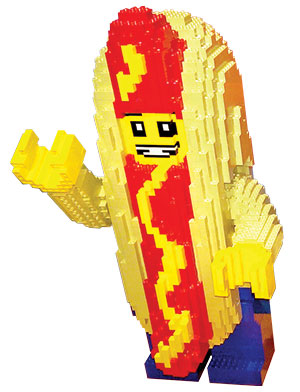 2. LOOK TO THE REAL WORLD

Ready to take your creations to the next level? Parry recommends looking for objects to recreate.

“Build small, real-world objects at life size, like a cellphone or videogame controller,” Parry says. “I like to prank my coworkers by leaving a fake Lego stapler out on the desk for them to try to use when they aren’t paying attention!”

To be a master builder, Parry says you’ll need to master making curves. That’s not easy, because Lego bricks are mostly squares and rectangles.

“An easy way to do this is with graph paper and something round, like a bowl,” Parry says. “Trace a circle onto the grid and then follow the pattern you’ve made.”

Don’t always stick to the instructions. The sets Lego designs are amazing, but what you have in your mind could be so much cooler.

Parry describes it as The Lego Movie — only two decades before Emmet, Lucy and Batman hit the big screen. He remembers mashing up different sets to create new stories, ships and adventures. 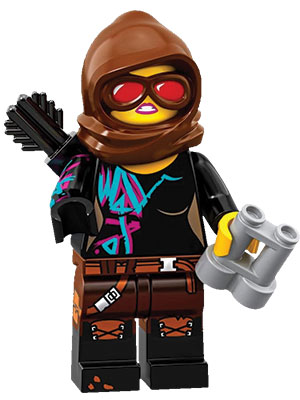 The more unusual pieces in Lego sets can be repurposed for other things. If you look closely, Minifigure binoculars make great air horns on the top of a dump truck.

“What I paid the most attention to in The Lego Movie is the way that they use Lego pieces,” Parry says.

Parry says a master builder is more than just a good builder. He or she is an artist, too, looking for inspiration everywhere.

“I’ll just be sitting in the car driving along, and I see the way a trim line on a car looks and be like, ‘I’ve got a Lego piece in my head that would re-create it beautifully,’” he says. 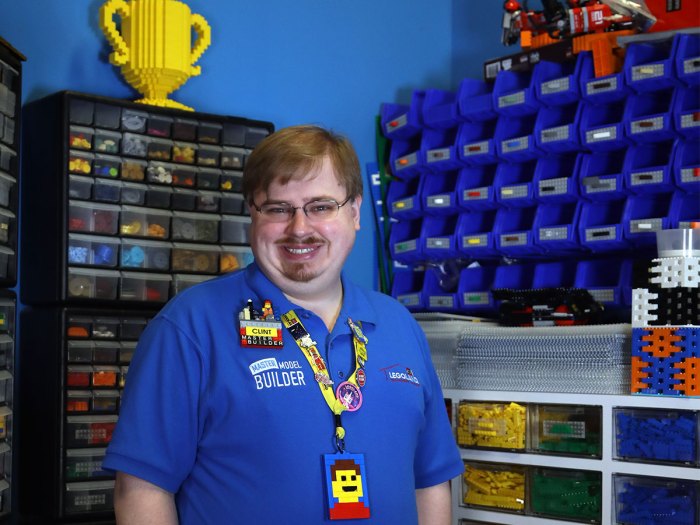 For unique pieces, forget color and just sort by part. A drawer for hinges, one for doors, one for Minifigure accessories. If you keep all your coffee mugs, binoculars and shovels separate, they won’t get lost at the bottom of a bin full of bricks.

Check out these cool Lego photos sent to us by Boys’ Life readers. If you have a photo of your Lego creation, please use the form below to send it to us.

Its big bigger and bigger.

SEND US A PHOTO OF YOUR COOLEST LEGO CREATION

What have you built with Legos? We’d love to see a photo!

Just use the form below to send us a photo of your coolest Lego creation. After we review it, we’ll post it on Boyslife.org so everyone can see it.

Important Note: Please only upload photos of your Legos. Because of privacy rules, we can’t post any photos that show people’s faces. Always ask for your parent’s permission before uploading anything to a website.